How Timber Construction Will Gain Height

By Xavier Attout
Translated to English from Trends Tendances

Pushed to adapt their construction methods to environmental challenges, real estate developers are now embarking on the construction of large wooden buildings. A novelty that could change the habits of an entire sector. And it also compensates for the lack of vision of public authorities on the subject.

The impressive reassignment of the Tour & Taxis ferry terminal was a first indicator. This was followed by the Woodskot student residence in the Brussels city centre and the Erasmus Garden district in Anderlecht. Although timber construction has been successful in recent years, mainly on the scale of the single-family home, developers are determined to take it to another dimension. With the aim of developing large-scale projects – mainly vertical buildings – and making wood the new bridgehead of their developments.

It has to be said that Belgium lags far behind some of its neighbours in this respect. In particular France, which is multiplying projects in this direction. The French government has just announced that, from 2022, 50% of the buildings built within the “perimeter of major development projects” will have to incorporate wood or biosourced materials (of animal or plant origin such as straw or hemp). The government’s objective was to act as a draught for the private sector. This is exactly the opposite of what is happening in Belgium, where it is private developers who are giving the impetus to launch the boom in wooden constructions,” regrets architect David Roulin, CEO of Art & Build, one of the only Belgian offices that has developed, via France, a great deal of expertise in this field. It is the promoters who must carry out this work of raising awareness. This is not normal. It is time for the public authorities to become aware of the advantages of this type of construction, especially in the context of reducing CO2 emissions. “

It must be said that cutting into one’s carbon footprint is becoming as much a necessity as a marketing tool for developers and public authorities. More than 40% of CO2 emissions come from the construction and real estate sectors. Sectors where the wave of sustainable development has not yet really blown. “Wood is only one element among others of a much more global challenge, namely to build differently to preserve the planet”, explains Philippe Pourtois, wood expert at CFE. All the more so as if, in recent years, promoters have been thinking above all about reducing the energy consumption of buildings, they are reaching the end of the line on the subject. They must now innovate to reduce the carbon footprint of their buildings. This includes a careful analysis of the energy expended in the production of each material.

An awareness that has yet to take hold but which, in the end, could sound the death knell for concrete? Not so fast. If concrete seems to be the number one enemy of wood enthusiasts, a few more beams will have to be stacked on top of each other before supplanting the historical habits of a sector. Ecological arguments are becoming more and more important in the construction sector,” says Hugues Frère, director of Hout Info Bois, an organisation that promotes the timber industry. Even if the change is still too slow. In any case, we can only welcome the fact that developers are launching into timber construction. This will make the sector more dynamic. In any case, it is important to avoid opposing wood and concrete. Each has its advantages and disadvantages. All the more so as 100% wood projects do not exist. There is always a coexistence with other materials. But it is obvious that the market share of wood will increase in the future. Just as it is obvious that this will take time because concrete and steel have powerful lobbyists. One out of 10 houses in Belgium is built in wood today. So, there is room for improvement.”

While a few developers have already embarked on one or another construction project in this area, no company is exclusively anchored in this segment. Until recently. Two entities of the industrial group CFE (CFE Contracting, specialising in construction, and BPI Real Estate, specialising in real estate development) have just taken the plunge and joined forces to found Wood Shapers. A joint venture dedicated to sustainable design and construction in wood and prefabricated materials. The ambition is clearly to rethink the real estate sector by optimising construction processes to have a real impact on the environment,” says Arnaud Regout, CEO of Wood Shapers. This will result in the development of large timber construction projects and a holistic approach that is unique in Belgium. We clearly want to break the codes. “Wood Shapers wants to be a general contractor in conventional construction, which can manage an entire project from design to delivery. It will either develop its projects on its own, in partnership or build for others. It’s important to realize that traditional raw materials such as concrete are becoming increasingly scarce, while the carbon footprint of buildings is a major challenge,” notes Philippe Pourtois. So, wood represents a real alternative. It makes the construction of a building more sustainable since it is the only material that absorbs CO2.”

Wood Shapers is nowadays a forerunner in large projects. While CFE and BPI have already developed projects of this type (Gare Maritime, Woodskot), they also have several projects in the pipeline today (including the Baloise offices in Leudelange or the future CFE headquarters in Auderghem). Others will follow, especially as current technologies already allow the construction of wooden buildings up to 80 metres high, i.e. 24 floors. The big difference is that all the parts are prefabricated in the factory,” explains Arnaud Regout. This principle facilitates the actual construction process, reducing construction time by 20%. The result is a faster return on investment, but also less inconvenience for the neighbourhood around the construction site. Thanks to our know-how, we can also renovate existing buildings. As wood is light (40% lighter than concrete), floors can easily be added to existing buildings to increase their capacity. In this way, we can respond more easily to rising population growth.”

The industrialisation of the construction principle is in any case one of the great advances in timber construction. It is expected to revolutionise an entire sector and become the norm within a few years. Wood is clearly a solution for the future,” says Arnaud Regout. The functioning and productivity of the construction sector has hardly changed in the last 50 years. So, it’s time to move up a gear. There is a general awareness of the social and environmental impact of every investment and Wood Shapers wants to be a driving force for change.”

The interest of developers and architects

Not all the projects currently developed by BPI will be reviewed in the Wood Shapers style. The next ones, however, will be the subject of careful analysis. Wood is primarily intended for office and residential use, but schools, hotels and social housing are also concerned,” continues Arnaud Regout. In any case, the prospects are interesting. Take into account the SIRs (regulated real estate companies), which must, for example, fulfil obligations in terms of governance, social and environmental issues. On this last point, timber constructions should help them to achieve their objectives. Banks are also more favourable to financing projects with a stronger environmental focus.”

Today, players such as Befimmo, Cofinimmo and even Ion are interested in the issue. Others should soon follow suit. We are currently developing our first large-scale wood-frame office project,” says Karim Zouaoui, Development Director at the developer Ion, which developed the Monteco building with Leaseinvest. It is located rue Montoyer 14, in the European district. Wood was a strategic choice because we wanted an exceptional and remarkable building. The Monteco building will also be CO2 neutral. It is becoming more and more complicated to develop demolition/reconstruction projects in Brussels. Opting for wood provides additional arguments.”

If this sector wishes to develop, it will not be able to achieve its ambitions without the support of the public authorities. As in France, these authorities will have to compel developers to use wood in whole or in part. Initially, I think that developments will focus on office projects in Belgium before moving towards residential,” says Karim Zouaoui. As soon as we have more information on the actual construction costs and the preconceptions are overcome, the development prospects will be significant.” 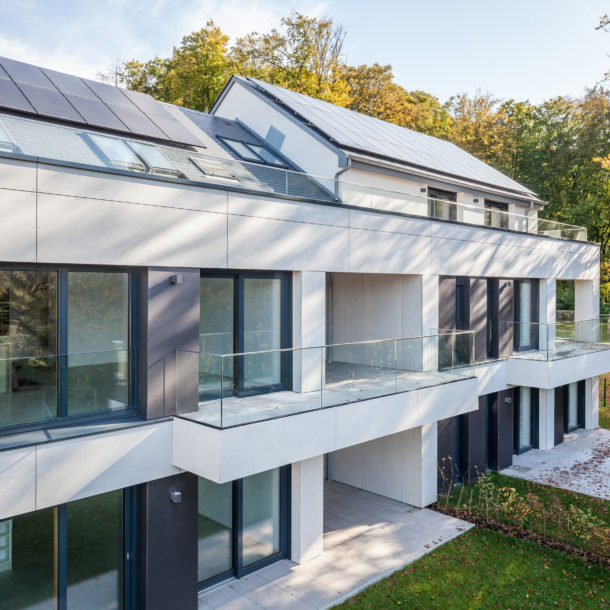 Architects, Interior Architects & Decorators: What do they do?
Previous Article 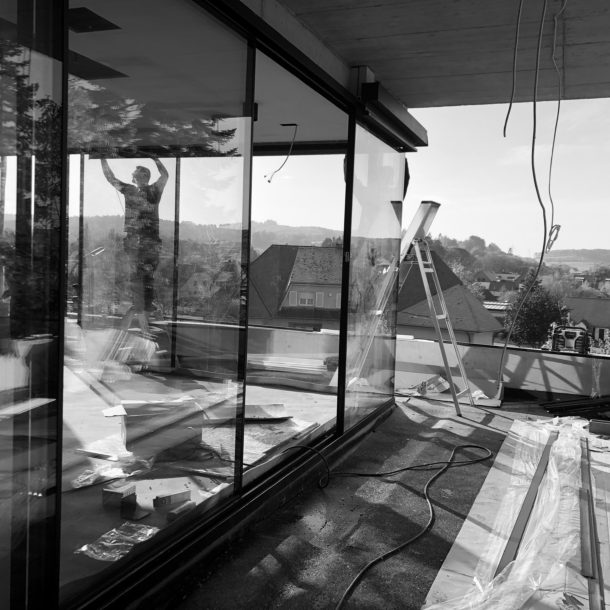